Raising Brain Injury Awareness One Mile at a Time 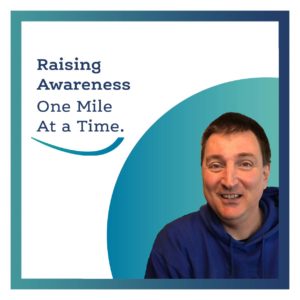 March is Brain Injury Awareness Month. We had the honor to sit down with Kevin Degnan, and listen to his story and motivational words. Kevin was hit by a car 35 years ago when he was just 18 years old and a Canisius College freshman runner. As a result, he underwent two brain surgeries and was in a coma for 40 days. In 2010, as a result of the injuries he sustained in 1986, Kevin and his Doctor made the mutual decision to amputate his left leg. Kevin has run 25 races since his amputation and has inspired countless individuals to “Keep moving forward.” We are honored to have had the opportunity to sit down with Kevin and talk about his journey and how he got to where he is today.

Your story is truly moving and I encourage everyone to google “Kevin Degnan, running,” but for those reading for the first time could you share a bit of your story with us?

I’m a victim of a hit and run, when I was first running in college, and because of this hit and run, I learned more and became stronger than I ever was. It was not just my own drive, but through many other people’s support and willingness to hold on to me and not let go. My family, friends and teammates have been VERY supportive and the medical attention I received seemed incomparable.

You’ve completed over 25 races in the last 11 years, can you tell us a bit more about your involvement in the running community and how running has inspired you to keep moving forward?

My involvement in the running community is two-fold. First, my history in running, I earned a partial scholarship to a Division 1 College and had the experiences of being able to run against the really good runners on a collegiate level. Running competitively has been a part of my life for as long as I can remember. Running helped me to establish a strong mental state of mind that I was able to keep through after the accident. Some things make you a fighter and you carry that through.

Every time I’ve gone out and run whether it be competitively or just for training it’s something I needed to do to prove to myself and it was a battle within myself to stay consistent, train and continuously feel that way, I may not be where I was but I can appreciate where I am. That goes to people with Traumatic
Brain Injuries- inevitably with a brain injury your life is going to change- but you have to go with the change to make things a better place.

Can you tell us a little about the amputee support group you founded, Moving Forward?

I’ll never forget, I was leaving the outpatient physical therapy unit for the last time after all the work that could possibly be done for my amputation was completed. I was approaching the door and I turned around and yelled out to my physical therapist and said ‘Hey, don’t we have a support group or something that we could go to or get going?’ Within two days, (and this defines what a great man my physical therapist is) he called me at home and set up a meeting with myself and the CEO of the hospital. One week Moving Forward was started and the group became the only amputee support group in Western New York. It’s important to note the group wasn’t just set up for amputated people, it was also set up for family members and their significant others as well. When I had an amputation, so did my family, so did my significant other. It’s the same thing with a TBI, the person who has the TBI is not the only one who is affected. This is the importance of the support group. The amputee support group deals with holistics, or mind, body, and emotion.

Now that it has been over 30 years since your initial injuries, what do you feel has helped most with your road to recovery?

Looking back, I would say I appreciated every little improvement. My vision was affected by my injury, and there was a change in life, to be able to find a way to read quicker and get rid of the blind spots, or lessen them- and that’s a philosophical statement, really, you want to lessen the blind spots in your life. Appreciate everything. Another example, and this goes back to running, back in the day, before I was hit by the car, I would have been in the top 10 finishers in a race, today I’m somewhere in the middle. To look at the results, and instead of getting discouraged, look at the results with appreciation. Remember, everything is progressive, but appreciate what you’ve done.

What motivates you and inspires you to keep moving forward?

What motivates me is, I’ve done this, what can I do next. I have to have self awareness in what I can do and can’t do. My days of driving a car are not possible, BUT I’ve found other ways of being independent. Whether it’s walking or running or taking the metro bus, I keep making progress and remember that everything is progressive.

In the past 30 years, I’ve gotten practice at learning how to deal with challenges or confrontations. These challenges give you experience and teach you valuable lessons. From every wound there is a scar and every scar tells a story. A story that says ‘I survived’ It’s important to remember that a journey of a thousand miles starts with one step.